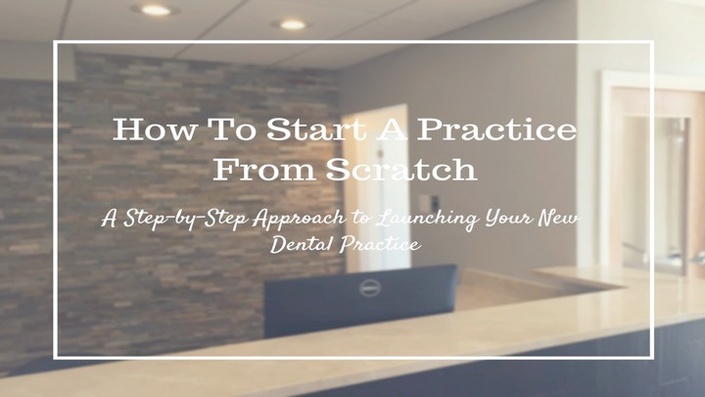 How To Start A Practice From Scratch

A Step-by-Step Approach to Launching Your New Dental Practice

Are you a dentist who is frustrated with your current position? Have you ever done procedures that you might not think are necessary, or better yet, felt pressured to do procedures that you deem better suited for a specialist? Have you ever worked in an environment where staff members don’t listen to you because you are only an associate, and you don’t sign their checks? Heck, have you gone to school for many years to become a dentist, have an enormous amount of debt and no true control over your earning potential? Do you lack freedom/autonomy?

If yes was your answer to any of these questions, this course is for you.

Maybe you’ve worked harder trying to resolve this sense of lack or took on additional associateships in an effort to earn more revenue. Or, maybe you’ve even left one associateship (out of the frying pan into the fryer) only to find yourself in another not so ideal practice situation. Maybe you’ve dreamed of doing your own thing, opening your own practice but have remained stagnant.

Cut yourself some slack. Life situations and dental school loans/financial responsibilities have a way of keeping the best of us right where we are. After all, at least the current associateship offers some stability. Right? Do you almost feel guilty about being discontent with your circumstances, and have you asked yourself am I wrong for wanting more?

I’ve started two practices from scratch and developed systems that helped my practice operate in the top one percentile of comparably-sized dental offices for efficiency, service and performance. But, I was once where you are. I started out exactly like you.

Passionate about dentistry? Yeah, me too. In fact, I decided to be a dentist at the ripe old age of 5 years old and planned my life accordingly. Some might call that a calling.

Little did I know that my life aspiration of becoming a dentist would be met with high student loan debt, working countless dead end jobs, low income and finally becoming a CEO without the corresponding business training. Didn’t the fact that I wanted to help people and create beautiful smiles count for something?

How did I get here?

After completing dental school, I did a residency. This gave me time to figure out where I wanted to live and gain more clinical experience. Residencies don’t generally pay much, so I amassed more debt. It is an incredible burden to be consumed with debt. Concerned with my loan repayment kicking in along with bills and other responsibilities, I started working as an independent contractor while also working through a temp agency. I literally worked in a different office every day before eventually settling in into one cosmetic dental office on Tuesdays and Thursdays, another HMO practice on Mondays and Wednesdays, and a third office-prosthodontist owned on Fridays and Saturdays. I worked seven days a week, including working retail in the evenings and on weekends. It’s safe to say that I am not afraid of hard work, but this was INSANE! I was exhausted. Slowly, I began to resent what I was doing and question my life decisions. What was it all for? After all I had gone to school for a very long time, and one of the rewards should have been the ability to make a decent living.

Just when it seemed I couldn’t take anymore, I received an offer to work as an associate for a group practice. There were five owners who worked short shifts (one day or evening of the week), and I was the only full time dentist. Being the only dentist was good for me, as it forced me to figure things out fro myself, whether a patient or administrative issue. It also allowed me to run the clinic as if it were mine. It fell on my shoulders to come up with a recall system, collections system and serve somewhat as a liaison between the staff and owners. And, while I enjoyed working in an environment where I could go to another dentist for advice, it rapidly occurred to me that I had no real input on the direction the practice was going. I wasn’t included in any executive decisions, and no matter what I told the staff members, it was clear that they didn’t have to answer to me. To top matters, off, I wasn’t being compensated much. So, I decided to open my own practice.

Setting up a new practice was no easy feat. But, I was prepared. I researched extensively and planned every single detail for two years before opening the doors. I visualized exactly how I wanted my practice to look, run and feel. I wrote down everything that I dreamed for my practice-downtown, in a high-rise professional building with panoramic views; I wanted soothing earth tone colors, soft jazz, aromatherapy, a massage room and state of the art technology. I planned…and planned…and planned.

Being the consummate planner, I hired a consulting group-the best golf player in the world has a coach, so why not employ this concept as a dentist? My business coaches were instrumental once the practice opened, but the steps to construction and putting the practice together in totality were left up to me.

So, it is possible to set up your own practice and change your life.

Wouldn't it be great if someone would document the process of starting a new dental business? Yes, it is a dental practice, but it also happens to be a business.

After achieving my lifelong goal of becoming a dentist, launching my dream dental practice, developing systems that would make my practice a top performing business (known for great customer service, efficiency and beautiful dentistry), and helping other dentists start and manage their practices, I documented my second new dental practice start-up. In this course, I share how you can do it too!

Finally, there is a place where you can learn and implement at your own pace (in the privacy of your own environment). You can start your own dental practice and not have to spend tens of thousands of dollars to consultants on the process.

Are you ready to join the successful entrepreneurs and start your own practice?

How This Course Will Help You

There are many steps to a new practice, and this course walks you through allowing a smooth process. 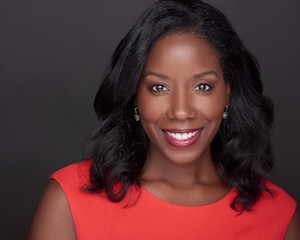 Dr. Evelyn Teague Samuel practices general and cosmetic dentistry in Northern Virginia. She is also a dental practice efficiency coach, speaker, and author. Her newly published book, 100 Things I HATE/Love About Dentistry: A professional’s guide to efficiency, profitability and sanity! (available through Amazon.com, barnesandnoble.com and on her personal website, drevelynteaguesamuel.com) serves as a management guide to aid dentists in running better businesses and delivering better patient experiences. For more information on practice management coaching or about her book, contact Dr. Samuel at [email protected]

What's inside the course?

How to Start a Practice from scratch is a step-by-step path to building and opening a dental office.

There are thirteen video lessons along with PDF bonuses so that you can learn and implement at your own pace.

Is How to Start a Practice From Scratch Course

This course is for you if:

This course focuses on simple steps to follow for practice setup, and will require that you put in the work to put all the pieces together. If you cannot dedicate the time for an involved project, than it is unlikely for you. But, if you can take the steps, are hands on and enjoy seeing your projects come full circle, then read on.

Are you ready to make your practice dream a reality?

This course includes everything I learned about how to build a new dental practice all contained in one place. This step-by-step guide will save you money, time and headaches. Allowing you to avoid common mistakes that I made before.

Just scroll down, select your payment option and click Enroll in Course now.

When does the course start and finish?
The course starts now and never ends! It is a completely self-paced online course - you decide when you start and when you finish.
How long do I have access to the course?
How does lifetime access sound? After enrolling, you have unlimited access to this course for as long as you like - across any and all devices you own.
What if I am unhappy with the course?
We would never want you to be unhappy! If you are unsatisfied with your purchase, contact us in the first 30 days and we will give you a full refund.
off original price!

Looking forward to sharing (with you) my step-by-step approach, a practical process to help you build your practice in a faster, more organized way. You don’t have to reinvent the wheel!